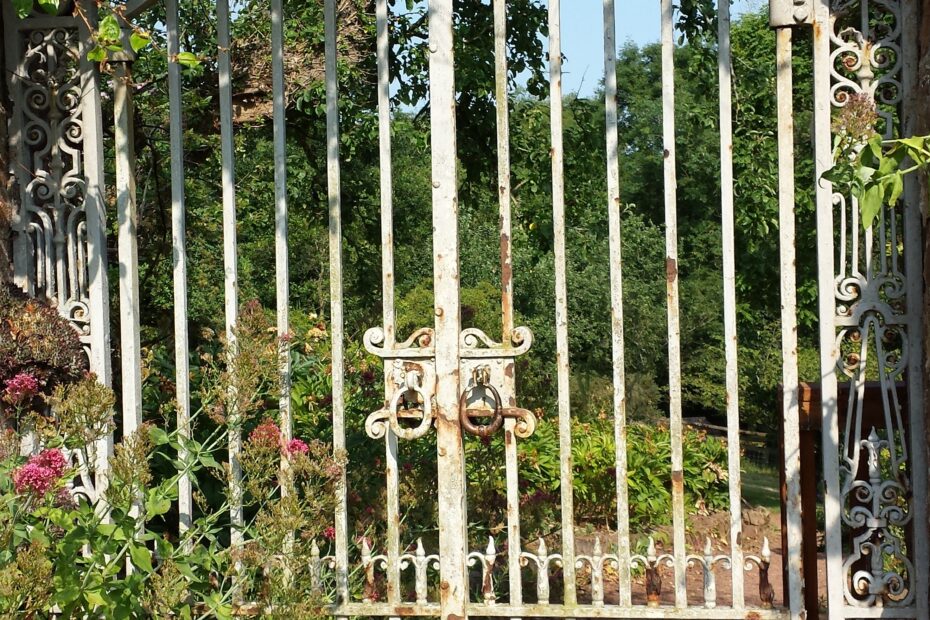 The below gates belong to a private client in Devon. They asked us to restore the gates to their former glory in a sympathetic way, though with the emphasis on a quality finish. The gates and frame were structurally sound, though the details were badly affected by lack of maintenance over a long period. We had to restore the frame in-situ, as the wall had been built around the frame. New water leaves were made off-site, and then fitted on site, which presented an interesting set of challenges.